Circle of Sound focused on Recycled sound: bringing together

Artists associated with Resonance 104.4fm take part in an exhibition focused on recycled sound, bringing together found sounds and re-contextualised art works. “Circle of Sound” simultaneously celebrates the fleeting and fragmentary affects of sound while exploring the unfolding processes of signification within sonic culture that has for too long been subservient to visual-centered art discourse, “explains curators Jim Backhouse and Magz Hall (of Resonance 104.4fm’s You are Hear). They contribute to the show along with Disinformation, Iris Garrelfs, Sharon Gal and Moshi Honen, Kaffe Matthews, Tracey Moberly, Jason Synott, Dan Wilson and DJ Wrongspeed. The works on show are varied, Ranging from jason Synott’s oversized hearing aid to Iris Garrelf’s audio meditation upon the rubbish mountain and environmental issues. You can relax for half an hour after work in Kaffe Matthews’ huge red velvet sonic armchair, complete with nine speakers immersed in plush upholstery through which music emerges – and then try to catch Disinformation’s Theophany,’ described as a “very low frequency recording of a single frequency – dispersed nocturnal noise peak radiated by lightening in a tropical electric storm.” It lasts only 0.083 seconds and is, the artist claims, the world’s shortest sound installation. Easier to get to grips with, if only because it lasts forever, is Sharon Gal and Moshi Honen’s Solipsist, which plays an infinite, self generated musical masterpiece. But don’t dither: the exhibition is on for less than a week from Tuesday 3 May to Sunday 8 may, at the Foundry Gallery, 86 Great Eastern Street London EC2A 3JL. Opening times 7pm – 11pm Tuesday – Saturday, Weekends 3pm -11pm. Free info: www.foundry.tv

All ten artists in the exhibition produce programmes on Resonance 104.4FM London’s only radio art station.
Jason Synnott – Hearing Aid for God
Jason Synott’s new work created for Circle of Sound is a 3′ replica of a hearing aid, housing a 12″ speaker.
The visitor must usher near to hear the sound-work which has 100 people talking about the one question they would ask god if they were able. Jason Synott is an Australian artist who curated the Resonance “sell out” exhibition which featured Gavin Turk and Bill Drummond selling 100 artworks in 20 minutes for £9:99 apiece. He has been acclaimed in 2005 for his design work on short film The Banker which won a BAFTA this year. He is a regular contributor on the Foundry’s “Late Breakfast Show” programme aired on Fridays at 12 noon on Resonance FM.
http://www.artshole.co.uk/exhibitions/May%2026%2004/Young%20Turk.htm
Kaffe Matthews – Red Chair
Stop. Relax. Drop in. Come be transported by delicious sounds vibrating and circulating your body as you lie stretched-out in Kaffe Matthews’ huge red velvet sonic armchair. With nine speakers immersed in plush upholstery, the music emerges through the fabric, defying gravity, perverting time, taking the listener away.
Kaffe Matthews has been making and performing new music with digital gadgetry all over the world for the past ten years. She is best known for her live sampling performances of events and places. Recently she has collaborated with Mimeo, Christian Fennesz, Jon Rose, Pan-Sonic, Butch Morris, Hayley Newman and has just returned from experiments in the Australia desert with Australian wire musician Alan Lamb.
Red Chair was originally exhibited at Chelsea and Westminster hospital, March – May 2000. Kaffe Matthews co-presents Field 61, a monthly electronic arts show on Resonance FM. http://www.annetteworks.com/
Disinformation – Theophany
The “Theophany” sound installation is a magnetic-field VLF (very low frequency) band radio recording of a single frequency-dispersed nocturnal noise peak radiated by lightning in a tropical electric storm. “The voice of the Lord strikes with flashes of lightning” (Psalms 29:7), and “Theophany” is (literally) the Voice of God. Lasting for 0.083 seconds, “Theophany” is the world’s shortest sound installation.
The piece “Rorschach Audio” will be shown alongside “Theophany”: it is a psychoacoustic research piece set in text and picture panels.
The subject of research into allegedly supernatural “Electronic Voice Phenomena” is considered in the light of anecdotal reports and experimental studies of related aspects of human auditory perception. “Rorschach Audio” offers the primary hypothesis that an understanding of the relevant aspects of psychoacoustics provides a complete explanation for most EVP recordings. “Rorschach Audio” emphasises the influence that little-known wartime intelligence work with SOUND had on one of the most important works of VISUAL arts theory ever published – “Art and Illusion” by E.H. Gombrich, and offers a secondary hypothesis that an informed understanding of illusions of sound is as relevant to understanding the emergent field of sound art as studies of optical illusions have historically been to studies of visual art.
Disinformation is an experimental installation and sound art project whose materials include live mains and static electricity, shadows, argon, luminous plastic snowflakes, lightning, cigarette smoke, corona discharges, aluminium activated zinc sulphate, fulgurites, oscilloscope traces, cyalume, ping-pong balls, trinitite, slinkies etc, and electrical interference radiated by magnetic storms, trains, TV sets, industrial and IT hardware, electricity pylons, photographic flash guns, arc welding equipment and the sun.
The Guardian commented that Disinformation “create some of the most beautiful installations around”, and The Metro newspaper described Disinformation as “the black-ops unit of the avant garde”.
‘Theophany’ was originally exhibited at the V&A in 2001.
Magz Hall Brighton Rocks and Fear of Death
Brighton Rocks (2001)
Sea, gulls, carousels, amusement arcades, ancient cooking oil, non-brewed condiment, shiver-me-timbers, kiss me quick, oh I do you like to be beside the seaside.
Salvaged and recycled from a shipping container installation using chance compositional processes, found objects and concentrated smells to present an idle drift through the diversions and side-shows of theme park Brighton. For Brighton Rocks, Magz revisits an earlier sound installation originally exhibited in a shipping container in 2000 at the Noorderzon Festival, Gröningen, Holland.
Brighton Rocks was originally a four speaker sound installation originally exhibited in a shipping container incorporating field recordings, a slide show, stones from Brighton beach and the smell of vinegar and chips.
Fear of Death (2004) is a new sound piece focusing on the transcendental flight of the subconscious mind in controlled environments. Exploring the inner fear that lies beneath the normalisation of aeroplane travel.
The listener is taken on an environmental sound journey: flying high over Malta and Italy to a Parisian chapel and park and into the heart of the Pompidou Centre. However, the tourist’s apparent freedom of Paris is not what it seems. The sublime peaceful environment offered by a city church, is ruptured by a phantom choir on a tape loop played on repeat, a teacher controls children like dogs by a whistle in the park and the heart of the Pompidou Centre is a giant sculpture beating a mediated version of life while visitors walk through. 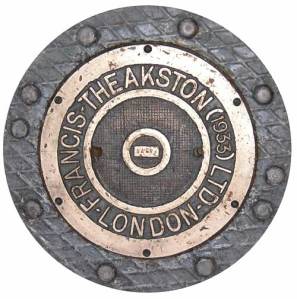