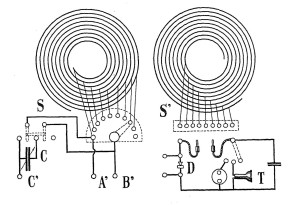 A new radiophonic work considering how radio helps us with forced isolation and how visible and invisible boundaries can be broken via radio waves as an act of resistance.

by Magz Hall featuring the Voices of Alex Jueno and Máiréad Ni Chroinin. For Galway 2020 on the Island of Inis Oirr

full details of the work

I also made an audio diary of my time at sea last year on the Celtic Explorer a passage from Galway to Hamburg. Listening back a year later its interesting how this short sea containment was to be a dry run for 3 months of lockdown. Like the crew at sea music radio as ever helped me get through it, but like Benjamin each news hour the spell was broken as it was used as an agent of propaganda used to conceal mistakes made by those in power. Walter Benjamin wrote during the second world war about how his friend the radio had been occupied by politicians and propaganda and had turned against him as he tried to flee.